“I saw God in my child’s eyes” Momma proudly forenamed her novel as she stood in front of our class. She turned to my chair, which I hunker seated next to her chair in class. She added in a whisper, “It was you…It was your eye’s, I saw God.”
What a beautiful title, I thought to myself.
Unlike my mother, I struggled coming up with good ideas. I was only taking the class so she could fulfill her dreams, besides I got to spend time with her. My mother was always very creative, ideas and imagination wasn’t something she delivered on occasion; inspiring words lived as a part of her being. I also was shy and unable to voice myself like she could.
At the time I didn’t understand what her seeing god in my eyes meant, except maybe the fact I talked her into doing the book writing class together. Writing a book continued as her lifelong dream. Even as she lived approaching her 70’s. She wrote for our local newspaper for years on a rusty old type writer and never followed through with her dream.

We were writing, spending time together, along with bonding as mother and daughter. At the time, I had no idea I would possess four published novels, two anthologies, a screenplay and many short stories five years later, and succumb to not having my Momma. I sat slouching that day next to her standing proud, about to embark on my own connection to something divine.
I began to write and Momma became my biggest fan. She was writing as well and writing a lot. She wrote short stories about her grandchildren and a children’s book about my youngest son who suffered from a hearing loss. All hand written. She even submitted short stories to a few magazines. Not sure if she ever wrote her original book title she announced to the class. What I do know is, her dream of writing a book was happening, but she insisted I continue to become published.
Five years later…
After hours of holding Momma’s hand and playing her favorite song, Earth Angel. My heart felt deflated, I couldn’t control the pain or the process, and I knew it. Doctors were no longer giving us hope, only decisions. “Go be with God Momma… Go be with God…” I sobbed uncontrollable and gently kissed her forehead as her beautiful baby blue eyes stared at me. If you could only see how blue her eyes were that evening. I quietly left the room.
Something followed me that night. As I proceeded out the exit of the hospital, it was late and dark. Silence of the February air stalled as the automatic doors to the hospital opened. I couldn’t quite grasp what I was feeling. With each step, I knew it was the end, the end of her earthly story. I had cried so much that week, and many weeks prior. I couldn’t cry, she wouldn’t want that. I kept coaching myself to be strong with each step I took. Car alarm sounded as I passed it but no one was around. I continued walking to the back of the unlit parking area where I had parked earlier that evening. Another car beeped as I passed, this time I glance over my shoulder to see if someone was walking behind me. There was no one there. I peek inside the car that had beeped as I passed, to see if someone was in it. The car sat empty. I finally get to my car and get in, surely I could look around the parking lot again to see if anyone was around, and not look like a paranoid female. I quickly locked my doors. My windows in my car were tinted, perfect for me to see out and no one to see in. The parking lot remained empty of people, it was late.
At the time, I believe I was kind of thankful my imagination or paranoia took my mind off of my dying Mother, if even for a few minutes. Until the next morning when I returned to the hospital.
As I walked in her room, I go to her bed, she looked as though she was sleeping tranquilly. Her eyes were closed and the ventilator pumped air. No other sounds. I gently placed my lips to her forehead stalling for just a moment.
“Something happened after you left last night.” My sister peacefully disclosed. “She hasn’t woken since. They don’t even think she will make it through the day.” My siblings never left her side and we made sure our sick father came to say his farewell. Momma’s eyes never opened again and she passed four days later. I was the last child of my Momma’s four children she saw before she left to be with God.
I never said goodbye; I wasn’t saying goodbye. She wasn’t leaving me, she was only moving to a different state of being. Was I in denial? My heart wasn’t going to let her go, that I did know. I knew it was only her body I would never see again. Was I just trying to convince myself? The guilt still consumed me, but I stood my ground. I refused to cling to a goodbye. I wasn’t accepting her death as the end, but a new beginning. It would be through words, words she had written would keep her alive, at least to me. Writing was a spiritual, soulful quest for us. We both had a belief that writing connected us to God.
I took for granted that night in the parking lot. Probably due to focusing too much on the new beginning I was about to engage in and not embracing the miracle that followed me. My mother is with me, in our own special way, just as she is, as well, with my siblings. She sends me signs through writing. I know what you thinking, it’s just coincidences. I can’t say that hasn’t crossed my mind as well.
After my mother passed, I ask if I could have her writings. My older sister ran across a few of her writings as she was going through some important paperwork and files with my father. She sent me through her phone, a picture of the one particular writing. A piece of writing that only I knew something about. A piece of writing, I needed the most.
At that very moment I saw the picture, I knew, without a doubt that she was not gone. She was on a new adventure of writing. Beginning a new story, a heavenly writing journey. I believe writing inspiration comes to us in its own time, and it can’t be forced…
This piece of paper confirmed my theory.
The picture showed, a piece of notebook paper with my Momma’s handwriting, “I saw God in my child’s eyes” scrolled across the page and nothing else was written on it. An unwritten story with divine inspiration. My mother had only written a title to the book she was planning to write. -Blissful writings Momma! 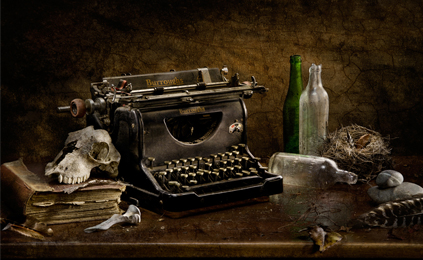 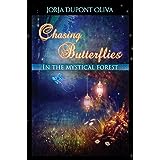